Ok, so I’m probably weird to be excited about it, but The Stone and the Song just got its first 2-star review on Amazon, and I’m actually feeling kind of bubbly. Am I crazy? Here’s what I’m thinking:

1. It’s a review. Right now my big goal is to get 25+ Amazon reviews. While I obviously prefer good ones, every 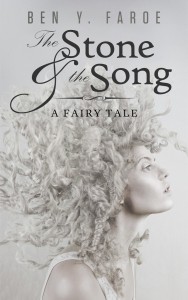 review adds weight and validity to the book’s presence on Amazon. Every review is a visible indicator to every future reader ever that someone read it and cared enough to talk about it. And, while it’s probably a bit of a fallacy, I think every review adds to the invisible implied crowd of many other readers who didn’t review it.

2. It’s a rite of passage. Since I’m breaking into the publishing world after self-publishing became really viable, I have pretty minimal experience of getting rejection letters. My plan back in the day was to collect them and set goals to reach a certain number. I never got that chance, so a negative review is one small way to join the universal brotherhood of authors in facing rejection graciously. (My writer character Zen, in the meantime, does collect his rejection letters, and writes thank-you notes for them along with his next submission.)

3. It adds legitimacy. Because seriously, as good as it is to have all 4- and 5-star reviews, until you hit some pretty serious numbers that just looks like you got a bunch of friends to say nice things about you, even if that’s not at all the case. Or, as it may be, only sort of the case.

4. My rating can take it. If most of my reviews were negative, it would be getting pretty hard to take around now. But Stone & Song had a 4.8 rating before this and has a 4.5 now. For a minor, early work, I’ll really be satisfied with anything above a 3.5. Well, ok, anything above a 4.0. But still. I admit I’m a little sad this took the visual down from 5 stars to 4 1/2, but xkcd is a comfort in times like this.

5. For a negative review, it’s pretty positive. The main thrust of the review is something like, “Seems like he’s trying to do something interesting here, but I didn’t really get it.” For a bad review, that’s not half bad. If that’s the worst thing a reader sees when she checks the negative reviews, I’m in good shape. Especially in the context of the other reviews which, if I may paraphrase, say something like, “He’s doing something really interesting here!”

In short, many thanks to Voracious Reader for taking the time to read my story and leave a thoughtful review, and thank you to the (so far) 10 other reviewers for your thrillingly kind words. I deeply appreciate it.

PS – If you haven’t read The Stone and the Song yet, you can get it here. If you have read it, it would make my day (and help other readers) if you add your review: Amazon | Goodreads. Thanks!

It’s official! The Stone and the Song has reviews in the double digits! Not only that, but my work has now been compared to Narnia and Patrick Rothfuss. That’s two separate chronicles! Heady stuff. 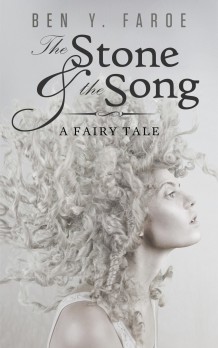 No, but seriously, thank you so much to everyone who has bought, shared, read, and/or reviewed the story. You guys are amazing and you thrill me.

In celebration, I present this lovely word cloud crafted from the reviews themselves. Let them be thus immortalized as visual ephemera, as art made out of words discussing different art made from different words.

Ok, I’ll stop. Sorry. It’s been a kind of long week. If you want to get in on the fun, you can get your copy now or sign up for my email list to get a note when the paperback and audiobook forms come out.