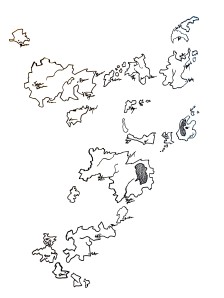 “Dead suffrage will be the defining struggle of our generation, you mark my words.”

Derelict Frobisher thinks he’s been murdered. And he might be right.

Professor Hastily Dobbs investigates with the help of an uexpected band of allies:

But what started as a curious philosophical inquiry soon becomes a matter of—well, life and death as a dead-rights movement spirals out of control and shadowy forces make a play for the Oligarchy of Cairn Crandular.

Sign up for updates to be notified when Frobisher becomes available for purchase and get the inside scoop on special deals, production updates, calls for beta readers, and more!